In January 2017, I did the hardest, most rewarding, terrifying and joyful thing I’ve ever done: I became a mother. A few years later, days after the declaration of a global pandemic, I became a mother again. Parenting is difficult at the best of times. Pandemic parenting, as many of us know, was damn almost impossible. Over the past few years, looking for ways to feel more connected, grounded, and understood, I have searched for books. Books on all kinds of things, but lots and lots of books about what it means to be a mother. Want to be a mother. Being ambivalent about motherhood. Sitting in the joy and magic of motherhood.

Here are the 10 that have moved, changed and connected me to this impossible and wonderful work. 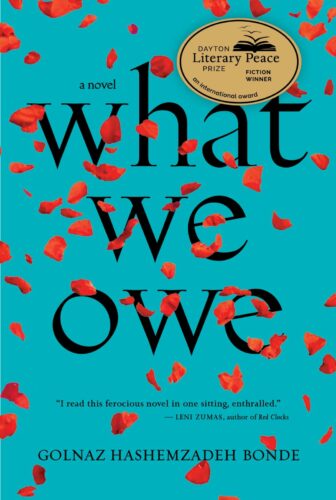 what we owe by Golnaz Hashemzadeh Bonde, translated by Elizabeth Clark Wessel

what we owe is a propulsive and absolutely immovable read. It is written in two-page chapters told in the first person like a diary by a mother who has been diagnosed with advanced stage cancer.

We bounce between today’s Sweden, revolutionary Iran, and all the intermediate spaces with her mother, her sisters, her daughter and her husband. The story is sometimes heartbreaking and redemptive and the mother is alternately sympathetic and also hateful.

It’s a book about departures and struggles, and the price of survival. 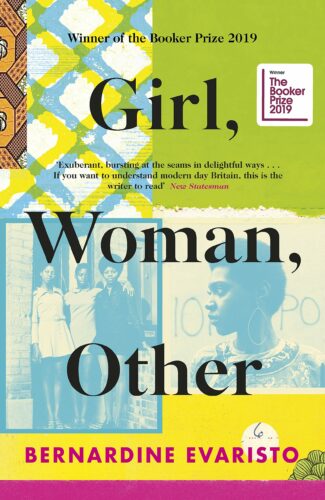 Girl, Woman, Other by Bernardin Evaristo

Told from the perspective of a dozen black British women over several decades, Girl, Woman, Other was the co-winner of the 2019 competition Booker Price. The stories of these women are interconnected and complicated, and it is a gift to know them and to be in the storytelling hands of Bernadine Evaristo.

Motherhood – including the ambivalence of motherhood – is tackled with tenderness and humour, with lines like: “Yazz was the miracle she never thought she wanted, and having a child has truly completed her, whatever something she rarely confided in because it seemed somehow anti-feminist.

Critically, it’s also a book that delves deeply into race, class, gender, and a number of intersectionalities with nuance and complexity. 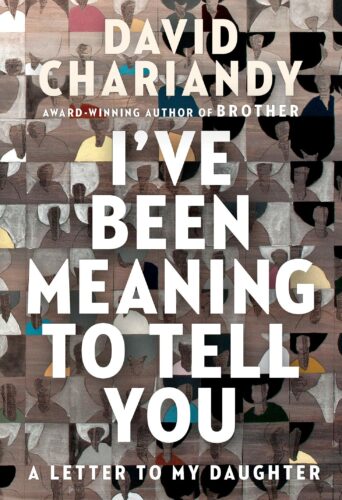 I wanted to tell you: a letter to my daughter by David Chariandy

A tribute to Maya Angelou’s Letter to my daughter, Canadian author David Chariandy’s letter to his daughter is about race, place, belonging and vulnerability and the depth and challenge of being a parent. At just over 120 pages, it’s thin but rich in insight, heartbreak, joy and sorrow. 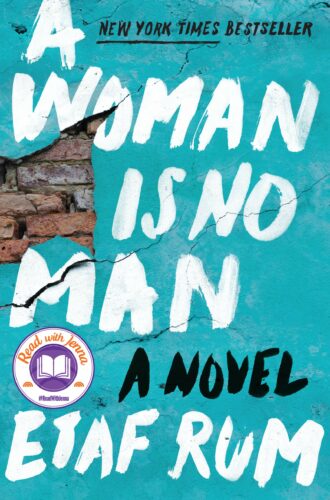 A woman is not a man by Etaf Rum

Written by Palestinian American author Etaf Rum, A woman is not a man takes place over several decades and features multiple narrators telling versions of the same events. Impossible to put down and equally heartbreaking, this book is about strong and complicated women and mothers, embedded in systems of oppression. It is also about Islamophobia, misogyny and intergenerational trauma.

I felt helpless reading this, so heartbroken and so grateful to have the opportunity to read about women and motherhood in all its complexities and nuances through novels like this. 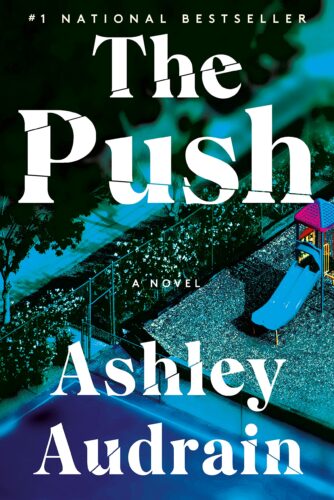 The thrust by Ashley Audrain

Classified as a psychological drama, the first half of The thrust by Toronto writer Ashley Audrain is an ode to the complexity of motherhood – to all the ways we struggle with what it means to be a good mother.

The second half presents a more traditional psychological thriller setting, but with equally devastating insights into all the ways we don’t trust ourselves as mothers. How we don’t give ourselves space too often to say the dark, hidden things out loud. And how the traumas, transmitted from mother to daughter and from generation to generation, deserve to be seen and healed.

It’s an emotionally intense read and features the death of a young child, so it won’t be for everyone. But it’s an amazing read and I’m so glad to see it being chosen by book clubs because I think it will help open up more space for these important and difficult conversations to happen. 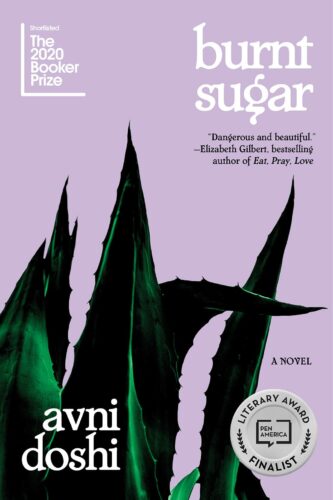 Shortlisted for the Booker Price in 2020, burnt sugar is about a daughter, who was not cared for well or lovingly by her mother, deciding if and how to care for her sick and rapidly deteriorating mother. It’s about memory and how it shapes us, and what happens when the mother who hurt us can’t remember.
And it’s also about how the cultural constraints and expectations of motherhood, the conspiracy of silence on difficulty, the erasure of who we are when we make someone new, all come together to make these possible personal tragedies. So it’s a doozy. But an extraordinarily powerfully written doozy. 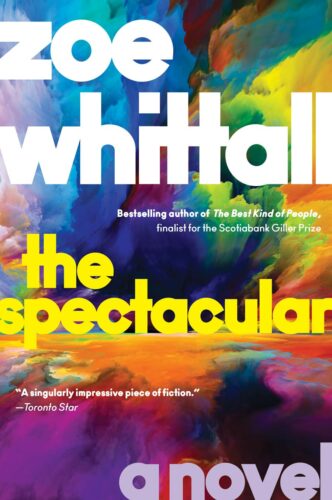 The Spectacular by Zoe Whittall

Spanning several decades, The Spectacular is about three generations of women and their connection to each other and to themselves. We meet Missy, the successful musician who tours with her band singing songs written about the mother who abandoned her. We meet Carola, her mother, who is moving on from a sex scandal in a commune she escaped to when the pressures of motherhood got too much. And finally, we meet Ruth, 83, Missy’s grandmother who is trying to figure out how to reconcile this mother and her daughter.

It’s about the ambivalence of motherhood, the things women aren’t supposed to do and don’t want, the way we fail and try to love. The writing is sometimes claustrophobic and chaotic and at other times so tender and forgiving. It’s fun and insightful with deeply flawed characters trying their best. 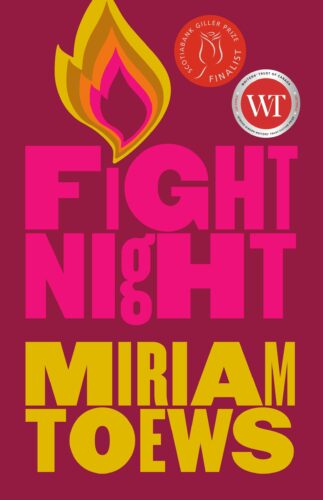 A night of fighting by Miriam Toews

A night of fighting is chaotic and intense, the story of three generations of women told from the perspective of a strong, feisty, resourceful yet sometimes innocent (but never innocent enough) 9-year-old girl.

Shortlisted for a Giller, it took some getting used to, but it’s Miriam Toews, so you’re in very good hands. I laughed so many times and also sobbed and sobbed. There are scenes that I don’t even understand how they could have been built so perfectly, so deeply.

In an interview with Shelagh RogersToews explained how, in some ways, this story follows on from women who talk: what the lives of the women who left might have been like. And I just loved reading it in that spirit.

If you already know and love Toews, read this right away, and if you don’t know her yet, you’re in for such a weird, rich, and beautiful treat with these mothers and daughters. 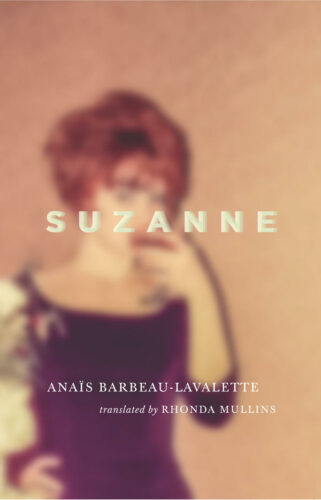 Thanks to Canada reads 2019, I was presented with this fictionalized biography of the author’s grandmother, Suzanne Meloch. The grandmother was a poet and a painter who was close to and part of many historically significant moments in the cultural history of Quebec. She was also a mother who left her children behind.

Suzanne talks about the granddaughter coming to terms with grandmother’s decisions and the ripple effect they had on their family. This lyrical and engaging story is about the legacies we inherit, what it means to forgive and love, and the limits of motherhood. 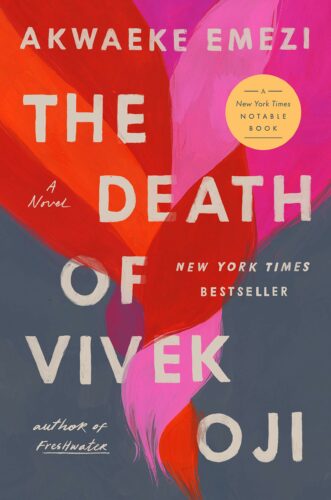 The death of Vivek Oji by Akwaeke Emezi

Nigerian author Akwaeke Emezi is an extraordinary storyteller who uses Nigerian folklore and plays with the narrative so expertly. The death of Vivek Oji is dressed as a page-turning murder mystery, but it’s really about what it means to know and love our children. It is also deeply about the strength, the security and sometimes the shame of living in community with others.