Entertainment mogul Shawn “Jay-Z” Carter has expanded his efforts from music, sports, and the cannabis industry to book publishing.

The imprint indicates that it will be dedicated to publishing books at the intersection of entertainment and genre-defying literature from some of the era’s greatest artists and writers on a wide range of subjects such as music, sports, pop culture, social and political activism. and art.

“Our aspiration for the Footprint is to create books that draw on the best of pop culture – its most imaginative and talented storytellers, innovators and literary columnists – to create beautifully written and produced works that will entertain and captivate readers. , but will also shed light on critical issues, ”said Chris Jackson, publisher and editor-in-chief of One World Books, which will oversee Roc Lit 101.

“But the partnership isn’t just about books – it’s about audiences as well: we want to find new voices and new stories, but also new readers,” Jackson said.

Roc Lit 101’s inaugural roster will launch in summer 2021 with baseball legend CC Sabathia’s “Till The End”, a memoir on baseball, family, fame, addiction and recovery; and “Shine Bright” by music journalist Danyel Smith, a combination of memoir, reviews and biographies that tells the story of black women in music.

Future listings include the fantasy illustrated fiction of rapper Lil Uzi Vert; personal stories that touch on criminal justice and downtown life by rapper Meek Mill; and the coming-of-age memoir of rappers like Fat Joe and Yo Gotti.

It is also planned to offer illustrated books and cookbooks; children’s books and books that completely defy the genre, according to the company.

“The goal of Roc Lit 101 is to provide a creative outlet for renowned wordmakers and artists to share their visions with new audiences,” said Jana Fleishman, Executive Vice President of Roc Nation. “There are so many untold stories and we consider it a real privilege to be able to amplify diverse voices while exploring the unexplored worlds that are about to open to us.” 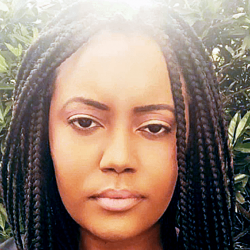 Sarafina Wright is a writer at Washington Informer where she covers business, community events, education, health and politics. She is also editor-in-chief of WI Bridge, the millennial Informer publication. Originally from Charlotte, North Carolina, she attended Howard University, where she obtained a Bachelor of Arts in Journalism. A proud southerner, her lineage dates back to the Gullah people living in the lowlands of South Carolina. The story of the Gullah people and the Geechee dialect can be found on the top floor of the National Museum of African American History and Culture. In her spare time, she enjoys watching college football or the Food Channel and experimenting with makeup. When not writing professionally, she can be found blogging at www.sarafinasaid.com. E-mail: [email protected] Social media management: Twitter: @dreamersexpress, Instagram: @Sarafinasaid, Snapchat: @Sarafinasaid