The first Russian book printer was a young priest. Tsar Ivan the Terrible treats him favorably, but he is practically expelled from Moscow and his printing press is set on fire. How did all this happen?

In the mid-15th century, when printing presses first appeared in Europe, interest in reading and collecting books began to grow in Russia. However, for about 100 years after the Gutenberg Bible (1450s), no attempt to print books was made in the Tsardom of Muscovy. Bibliographer Vasily Rumyantsev attributes this to the “extraordinary development of manuscript activity” and the excessive diligence of Russians in copying books. A large number of scribes did this for a living.

Some printed Russian books existed – they were published in foreign (especially German and Polish) printing houses from the beginning of the 16th century and sold to Russians.

Most of the books were sacred texts for liturgical offices. However, the handwritten manuscripts contained many inaccuracies – most often the fault of the scribes. At the time, Tsar Ivan the Terrible had initiated the construction of a large number of new churches and monasteries, and all of them needed their own liturgical books – which were to be identical canonical versions.

The printing of books was supposed to help spread “enlightenment” in the new Russian lands, including the Khanate of Kazan, which Ivan the Terrible had recently seized.

The first publishing house in Moscow

At the invitation of the Tsar of Russia, Hans Messingheim, a Dane, arrives in Moscow. Ivan Fyodorov, a deacon in one of the Kremlin churches (which no longer exists) was assigned to him as an apprentice, with Pyotr Mstislavets and the engraver Vasyuk Nikiforov as assistants. (Nikiforov probably executed the letters and made the engravings.) A printing press was ordered from Poland, where Russian books had previously been published.

“The first printer Ivan Fyodorov in his studio”. A reproduction from the album ‘Moscow and the Muscovites’, the State Historical Museum.

By 1553 they had already started printing books anonymously, and most likely Hans Messingheim himself was directing the process. However, the first book printed in Russia is believed to be the Apostolos of 1564 – it was precisely dated and signed by the publisher, Ivan Fyodorov. It contains the New Testament Acts of the Apostles, the epistles of James, Peter, John and Paul, and the book of Revelation. It is believed that around 2,000 copies were printed and just under 100 known copies have survived to this day. 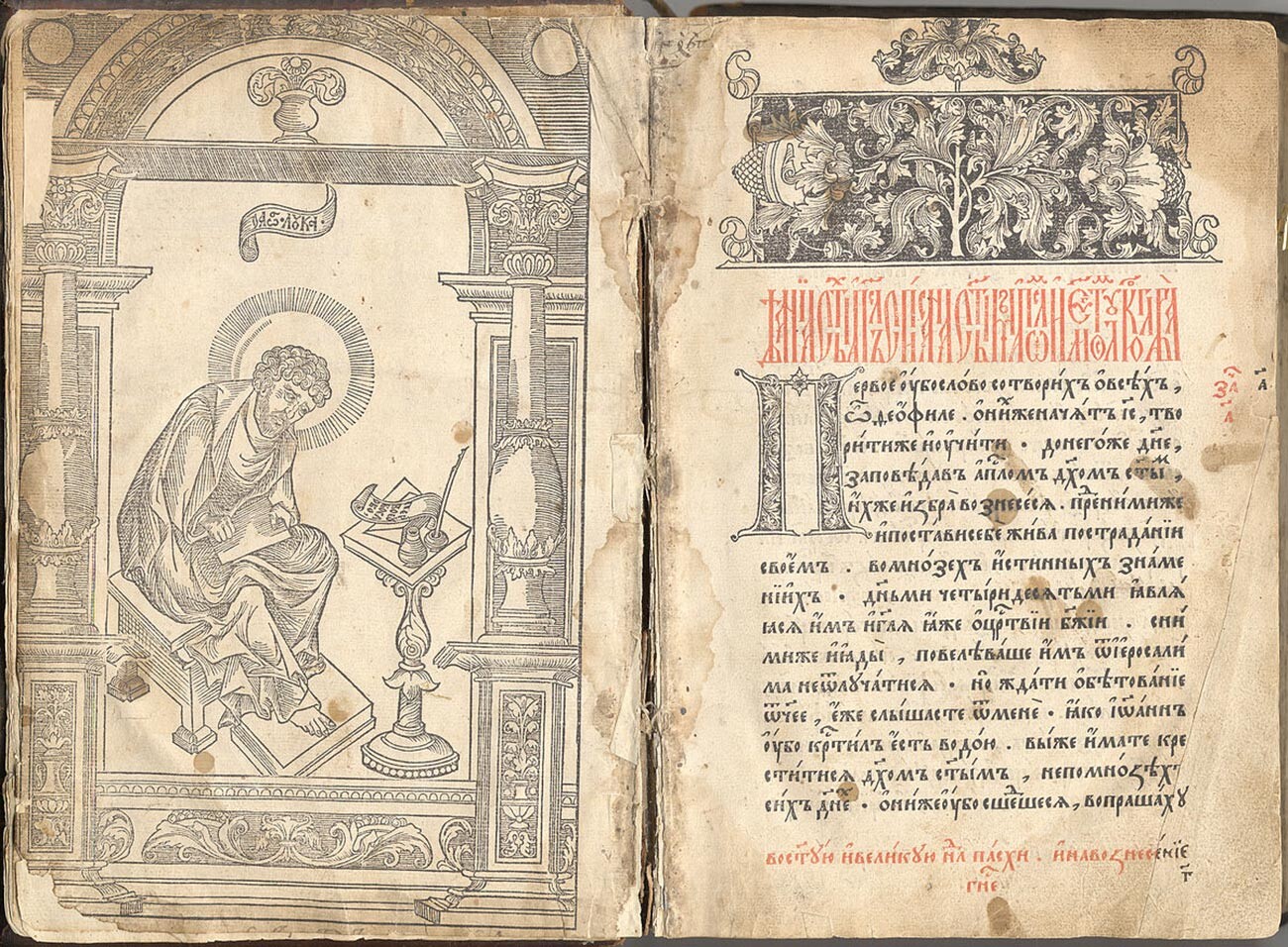 Bibliophiles admired the quality of this first printed book, in particular, the fine lines, the regular size of the letters and the fact that they are arranged in straight lines and that the distances between the letters and the lines are constant and uniform throughout. . Additionally, the font mimics handwriting and is slanted slightly to the right.

The book also has an afterword by Ivan Fyodorov, where he tells how Tsar Ivan Vasilyevich [Ivan the Terrible]with the blessing of Metropolitan Macarius, ordered him to find craftsmen and erect a building for the printing press, and that the Tsar spared no gold from his treasury for this.

However, the book scribes were strongly opposed to the printers, believing that they took away their livelihood. The arsonists even set fire to the “printing yard”, as the printing house was known. 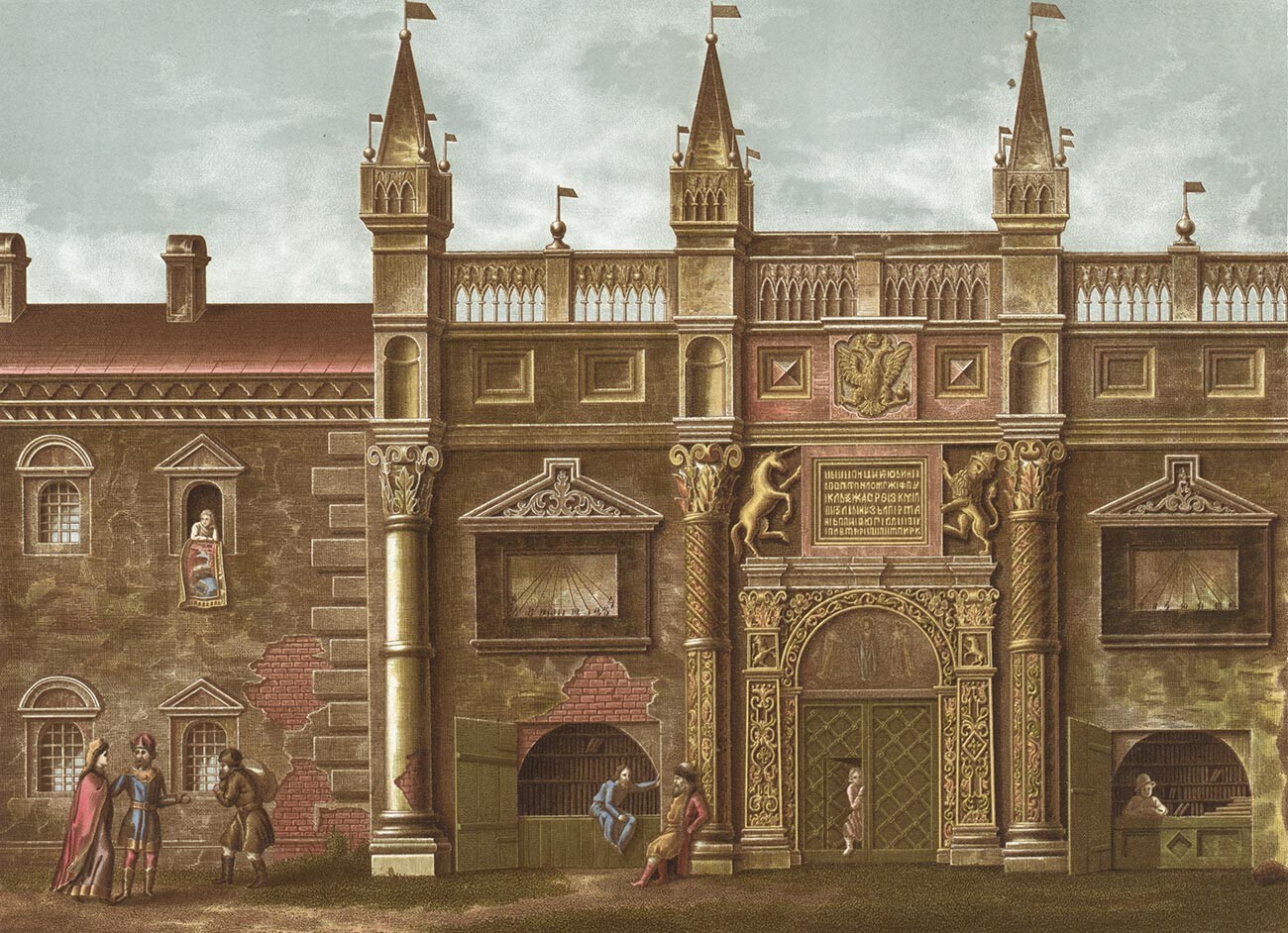 The 16th-century English diplomat Giles Fletcher claimed in his “Of the Russian Common Wealth” that senior church officials were behind the grievances and the arson. He wrote that they were opponents of the spread of enlightenment, “as [if] fearing to see their ignorance and impiety exposed.” Fyodorov himself indirectly confirmed this: he later wrote about the persecution to which the “righteous” printing trade had been subjected, explaining it in terms of common envy on the part of some “church leaders”.

In 1568, the tsar ordered the resumption of book printing in Moscow – Andronik Nevezha, a pupil of Ivan Fyodorov, began to work in the new printing house. Ivan the Terrible established another printing press at his estate of Alexandrovskaya Sloboda. The publishing of printed books developed, but until the beginning of the 18th century and during the reign of Peter the Great, only religious texts were published. 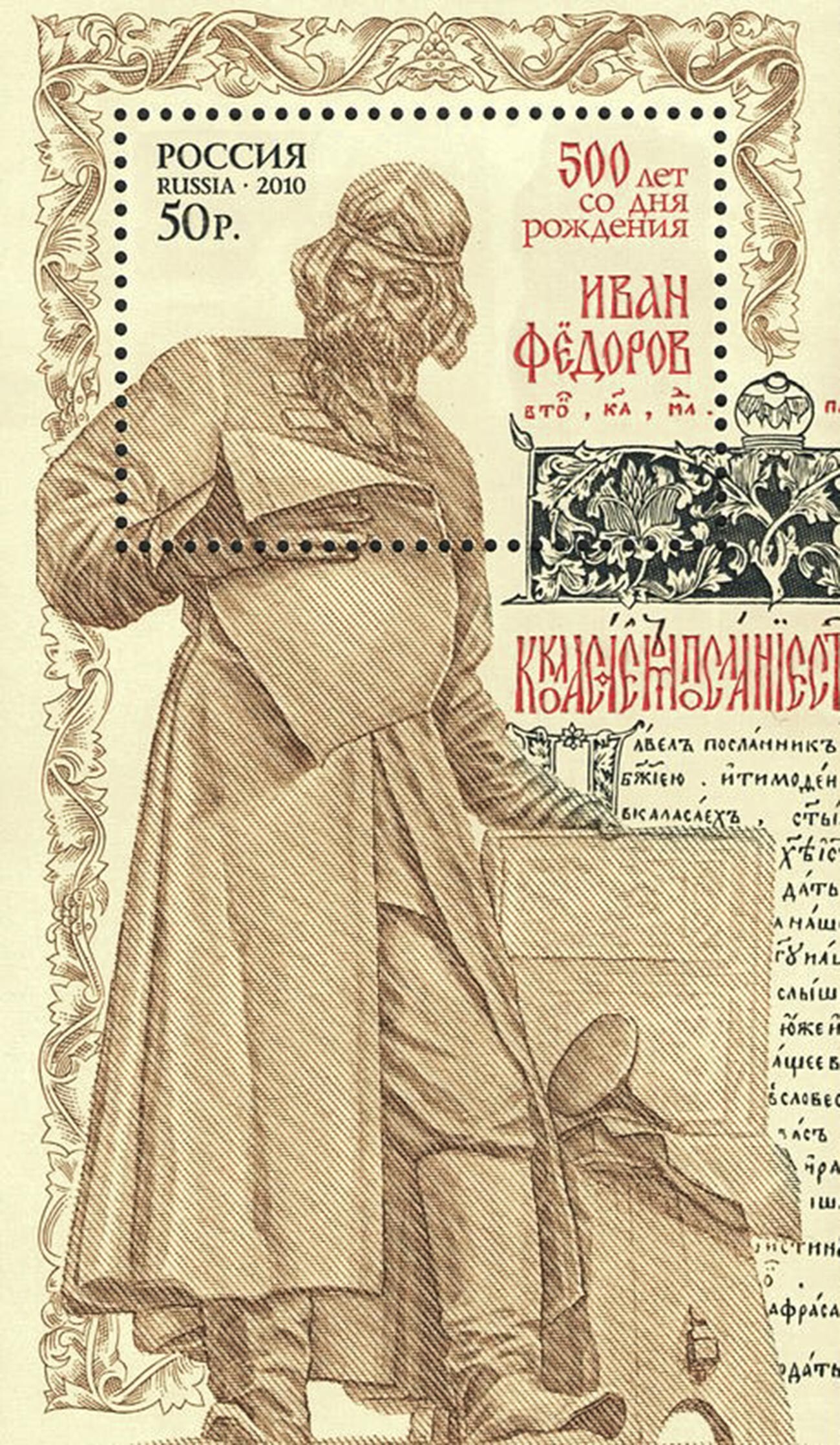 A postcard marking the 500th anniversary of the alleged birth of Ivan Fedorov, 2010

After the arson, Fyodorov himself was forced to flee to the Grand Duchy of Lithuania. He managed to take printing materials, character sets and engraving plates with him. Some historians have put forward theories that Fyodorov’s departure was ordered by Ivan the Terrible because he wanted to establish good relations with wealthy Lithuanian adherents of the Orthodox faith by sending the master printer to them.

With funding from the Lithuanian Hetman, Fyodorov founded a Cyrillic printing house in the town of Zabłudów (now Poland) and in the 1570s founded a printing house in Lwów (now Lviv, Ukraine), the capital of the Ruthenian Voivodship within the Polish-Lithuanian Commonwealth. There Fyodorov published another edition of the Apostolos (1574), with a long epilogue in which he described his work as a printer and how he had been hunted down. 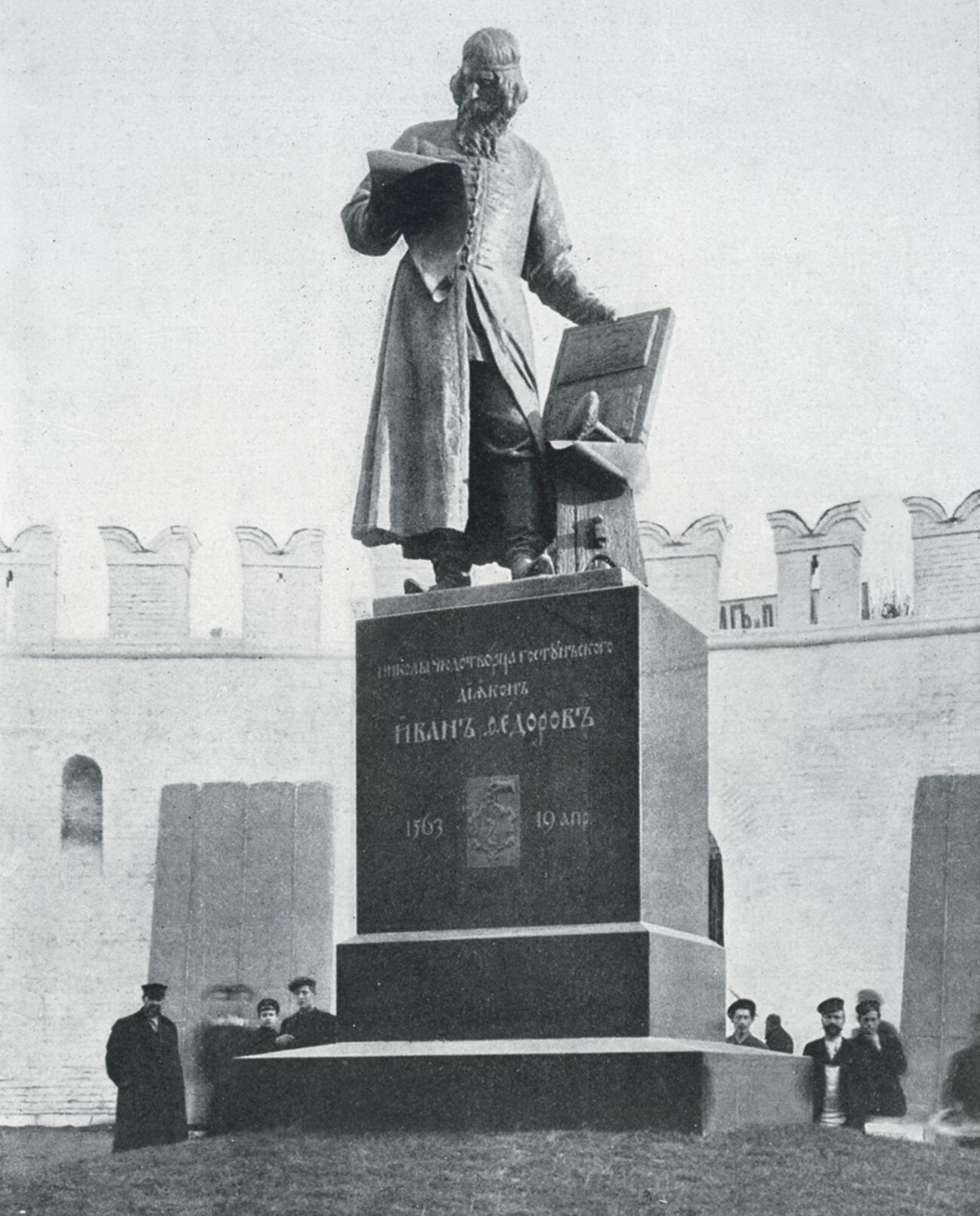 If you use content from Russia Beyond, in part or in whole, always provide an active hyperlink to the original content.